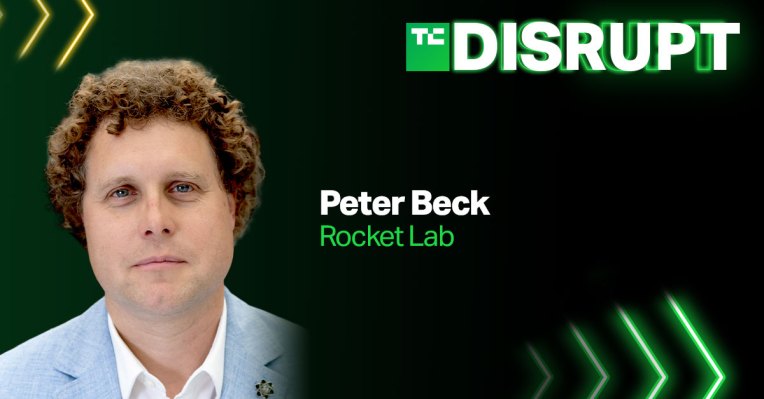 Building an orbital launch business from scratch is no simple matter, but what if that business is just a stepping stone to a vertically integrated, interplanetary space company? Rocket Lab founder Peter Beck will be joining us next week at TechCrunch Disrupt 2021 (Sept 21-23) to talk about the challenge and exhilaration of pursuing his passion for space, all the way to orbit, the moon and beyond.

Rocket Lab started over a decade ago as Beck tested increasingly large rockets, with the (supposedly) ultimate goal of building a small, reliable and relatively inexpensive launch vehicle that could deliver payloads to orbit at a weekly cadence — or even faster.

Since then the company and its Electron launch vehicle have become not just a sought-after ride to orbit, but it has begun expanding into spacecraft design and manufacturing with Photon, and announced a much larger vehicle called Neutron. Now they’ve even been tapped for an Artemis-related lunar mission and are planning a privately funded mission to Venus. (And of course they’ve raised a boatload of money and are going public.)

The always forthcoming, Beck will join us virtually from his home country HQ in New Zealand to discuss Rocket Lab’s success and future endeavors, and the challenge of adapting a company from underdog launch provider to sprawling space services company with competition nipping at its heels.

We hope you’ll join us next week at Disrupt. You can get your passes now for under $100 until Monday, September 20.